An exhibition will run at historical centres across the length of Hadrian’s Wall from 6 April to 10 September 2017, exploring the lives of the Roman cavalry who were positioned on the structure.

Entitled Hadrian’s Cavalry 2017, the exhibition will occupy ten different museums along the World Heritage Site and include the presentation of Roman artefacts such as ornate helmets, armour and weapons on loan from national and international museums. Reenactments of Roman cavalry charges are also planned on various dates throughout the summer. In July, Chester’s Roman Fort will reveal a modern art exhibit named Cavalry 360°: a huge site-specific musical instrument which uses the force of the wind to create the sound of the cavalry moving across the landscape beyond.

The purpose of Hadrian’s Wall; the construction of which began in AD 122, is still debated among historians today. Theories include the desire for a physical marker for the northernmost frontier of the Roman Empire, a barrier to separate Britannia from the Caledonians, and a means to control immigration, smuggling and customs. In its original form the wall stretched from the banks of the River Tyne to the Solway Firth on the coast of the Irish Sea and featured a fort every 5 Roman miles. These forts held 12-15,000 soldiers from diverse parts of the Roman Empire – from Syria to Belgium even to Libya.

We are running two departures of Walking Hadrian’s Wall in 2018 (14–20 May & 10–16 September), which visits all of the major Roman sites and museums and features walks through beautiful countryside en route. The sites visited include Vindolanda, where over 700 important Roman tablets have been excavated and more artefacts are regularly discovered, and the reconstructed Roman fort gateway at Arbeia. The tour is led by the archaeologist Graeme Stobbs, Assistant Curator of Roman Collections at English Heritage’s Hadrian’s Wall Museums. 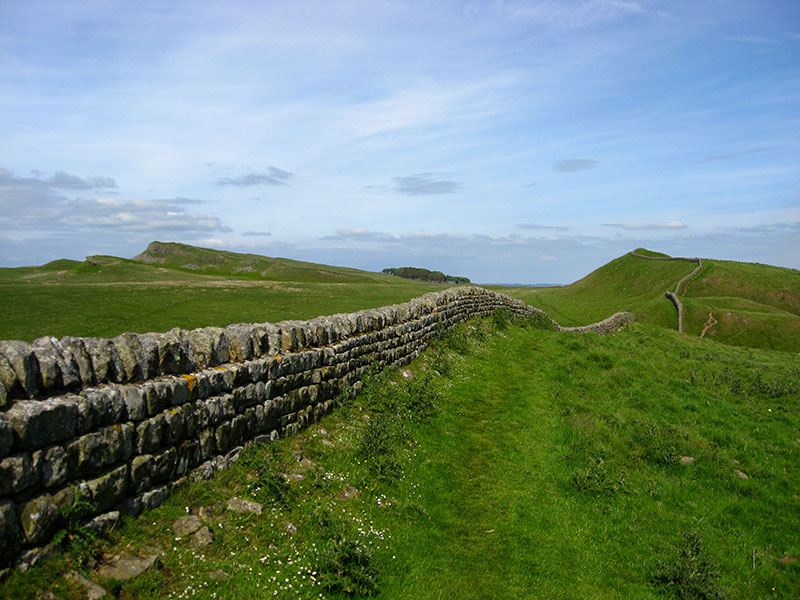