The Hanseatic League - Cities and abbeys of Germany’s Baltic Coast

Monumental brick Gothic, a major feature in the plurality of medieval architecture, and many unesco-listed sites.

Swedish suzerainty and Communist rule add to the historical fascination of the area.

For 300 years, from the middle of the 12th century, the Hanseatic League was a major power in northern Europe. It began with the co-operation of trading guilds in a few Baltic ports to protect their seafaring and riparian trade (‘Hansa’ means convoy), and grew to become a loose federation of over two hundred cities, stretching from the Gulf of Finland to the Southern Netherlands. Though never a state, and with few of the members enjoying the independence of Free Cities elsewhere in Germany and Italy, the League had the cohesion and might to wage and win a war against the kingdom of Denmark.

The prosperity that resulted from judicious exercise of their power ushered in an explosion of civic pride expressed in art and architecture. Great churches were constructed in imitation of French Gothic cathedrals, town halls were vastly extended and ornamented, merchants’ houses were rebuilt with aspirational magnificence. Decline, however, set in from about 1450, a combination of political and economic factors having broken their monopoly. England was partly to blame. Only nine delegates attended the last Hanse meeting in 1669.

This tour traces the growth of this great merchant empire and explores the remarkable building traditions which arose in its wake. In particular, the development of North German Brick Gothic architecture is a remarkable and – outside Germany – little known phenomenon.

One of the reasons most of these remarkable towns have not been visited more – and part of their attraction – is that for forty years they were locked behind the Iron Curtain. That barrier collapsed some thirty years ago, and in the meantime huge resources have been devoted to the restoration of the region’s heritage and to the embellishment of the towns. Much of the damage done during the Second World War, and the consequences of neglect during the Communist era, have now been made good.

Ratzeburg. Fly in the morning (British Airways) from London Heathrow to Hamburg. Drive to Ratzeburg, a charming town picturesquely located on an island in a lake. The splendid Romanesque cathedral was founded by Henry the Lion, Duke of Saxony and of Bavaria, who conquered the area in 1159. Continue to Lübeck for the first of three nights.

Lübeck. Lübeck was the first, the richest and the most powerful of all Hansa cities. Tremendous prosperity in the 13th and 14th centuries led to the construction on a grand scale of civic and charitable buildings, churches and monasteries, mansions and fortifications. Of the brick-built churches, the Romanesque cathedral was founded by Henry the Lion, but the greatest is St Mary, a soaring Gothic construction. St Catherine (1300, now a museum) houses Tintoretto’s Raising of Lazarus, and St Jacob (1334) retains its box pews and historic organ. The St Annen Museum, installed in a former priory, shows art of the 13th to 16th centuries including an altarpiece by Hans Memling. Walks also take in massive city gates and walls, the town hall, market place and picturesque backstreets. A free afternoon provides opportunities to further explore different aspects of Lübeck’s history: The European Hansemuseum makes use of state-of-the-art digital technology to stage the history and development of the Hanseatic League; while the Behnhaus Drägerhaus museum houses a good collection of 19th/20th century art displayed in the beautiful setting of Rococo and neoclassical merchants’ houses interiors. Currently, there is also a selection of key exhibits from the Buddenbrookhaus (closed for refurbishment), former home of Thomas Mann’s family and immortalised in the eponymous novel.

Wismar. The rest of the tour is in territory which until 1989 lay behind the Iron Curtain. The port city of Wismar has two massive late Gothic churches (Nikolaikirche, Georgenkirche), a medieval hospital and well-preserved cityscape of medieval and early modern merchants’ houses. One of these, the Schabbellhaus, now houses the city history museum. Both the building and the collection bring alive not only Wismar’s Hanseatic past but also the period during which the city became part of Sweden’s territories within the Holy Roman Empire from 1648 to 1803. Overnight Wismar.

Bad Doberan, Rostock, Stralsund. Drive to Bad Doberan Abbey, a superb example of ecclesiastical Gothic art and architecture in the Baltic and mausoleum of the princes and dukes of Mecklenburg from the 13th to the 17th centuries. Continue to Rostock. On the banks of the Warnow River, Rostock joined the Hanseatic League in 1253, and in the next century took over the fishing village of Warnemüde 12km away on the Baltic coast, becoming the largest city in the Duchy of Mecklenburg. The Church of St Mary was modelled on Lübeck’s church of the same name, the town hall is medieval and Baroque. Rostock’s GDR architecture provides an interesting example of the ideological appropriation of the Hanseatic past by East Germany’s communist regime. Continue to Stralsund for the first of three nights.

Stralsund. Stralsund commands the Baltic Straits to the Island of Rügen, and was second only to Lübeck during its 14th-century golden age. Unspoiled and undamaged, the legacy is a UNESCO-listed gabled streetscape where Gothic showpieces are interspersed with Baroque monuments from two centuries of Swedish rule. The Alter Markt is a unique medieval panorama combining the church of St Nicholas with the spectacular town hall. The afternoon is free. You may wish to visit the island of Rügen, renowned for its chalk cliffs, silver sands and beautiful, deciduous woodland. Overnight Stralsund.

Stralsund, Greifswald. Visit to the restored shopkeeper’s house dating back to the 14th century, preserving traces of its inhabitants right to the 20th century and one of the oldest surviving elevator wheels in the attic. Drive to Greifswald, seat of a university founded in 1456. The city boasts impressive gabled merchants’ houses and two large churches. St Nicholas’ is an intriguing Romantic re-interpretation of a medieval brick Gothic building dating to the time of the city’s most famous native, the painter Caspar David Friedrich. Examples of his work are on display in the Pomeranian State Museum, as is the spectacular Croy Tapestry (1554), a monument of the Pomeranian dukes’ involvement in Reformation politics and piety. A visit to the abbey ruins of Eldena, immortalised in a number of Friedrich’s paintings, concludes the day.

Chorin. Drive south to Chorin in Brandenburg. The former Cisterican abbey was founded in 1258, secularised in 1542, and allowed to decay until the 19th century, when the ruins were restored and the building partly rebuilt under the direction of Karl Friedrich Schinkel. It is now an archetypal example of the Brick Gothic style. Break for lunch here before continuing to Berlin Brandenburg airport. Arrive London Heathrow in the late afternoon. 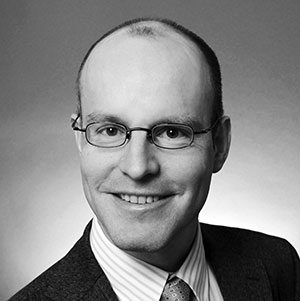 Andreas Puth read history and art history at the University of Freiburg and gained his M.A. in art history at the Courtauld Institute of Art in London. He lectured at UCL, Birkbeck College and the Courtauld on medieval and early modern architecture as well as imagery. Since returning to Germany, he has continued to work as freelance academic editor and translator. For three years, he was also a fellow at the Research Centre on the History and Culture of East Central Europe affiliated to Leipzig University.

Flights (Euro Traveller) with British Airways (Airbus 320 & 321); travel by private coach; hotel accommodation as described below; breakfasts; 5 dinners and 1 lunch with wine, water, coffee; all admissions; all tips; all taxes; the services of the lecturer and tour manager.

Radisson Blu Senator Hotel, Lübeck: a 4-star hotel located on the banks of the river Trave. Park Inn, Wismar: a 4-star hotel situated a short walk from the historic city centre. Hotel Scheelehof, Stralsund: a characterful 4-star hotel in converted historic townhouses. Single rooms throughout are doubles for sole use.

Fitness is essential. You will be on your feet a lot, walking and standing around. The tour would not be suitable for anyone with difficulties with everyday walking and stair climbing. Some days involve a lot of driving, particularly the final day. There are also several days with no coaching. Average distance by coach per day: 60 miles. 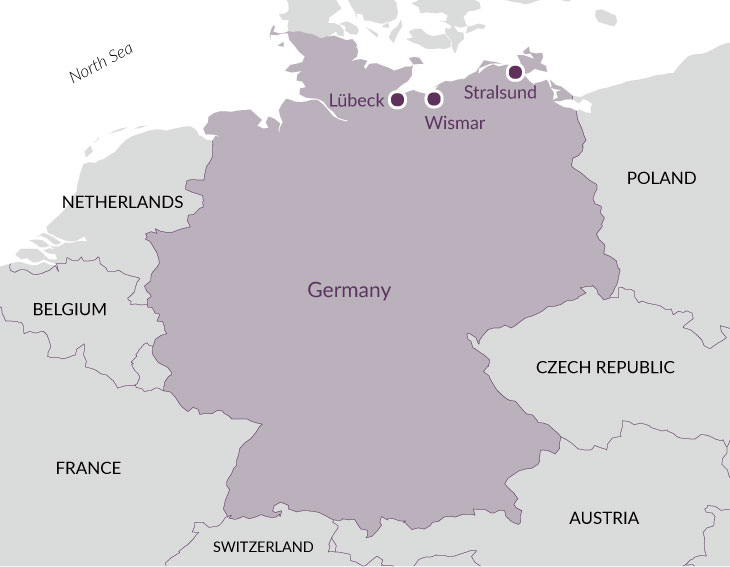 'Andreas Puth was outstanding. He is erudite, very generous with his time and knowledge when answering questions and has a good sense of humour. The lectures were well-prepared with accompanying documentation. He is a good travelling companion socially as well as academically.'

'As well as being very knowledgeable, he has the rare skill of being able to share this information in manageable chunks, that never overwhelmed.'