Ancient Greece and Rome provide the cultural foundations for today's Western civilisation. Nowadays even China is fascinated by Greek philosophy and builds replica Parthenons. In these five talks Professor Antony Spawforth charts the rise and chief works of Greek civilisation from the earliest times. He examines how the Greeks passed the civilisational baton to their fierce Roman conquerors. In turn a co-mingled and long-lived empire of Romans and Greeks transmitted some of this legacy of older cultural achievements to the Christian and Islamic states of the Middle Ages. Such embers helped spark the Renaissance of the 15th century AD, and thence modernity.

They take place every Thursday from 17th November to 15th December at 4.30pm (GMT) and, including Q&A, will probably last an hour. They are available for viewing for eight weeks after the last episode is streamed (9th February 2023).

Archaeology shows how hunter-gatherers in Greece's Stone Age turned to farming and a settled life. This in turn gave rise to Europe's first advanced civilisations, the Minoans on Crete and the Mycenaeans on Greece's mainland. Recent discoveries including DNA research are transforming how we understand these Bronze-Age cultures and their contribution to the emergence (8th century BC) of a new world of small Greek city states. A few of these, including Athens, had already developed by 500 BC what the ancient Greeks called 'democracy'.

Slavery, the exclusion of women from politics, imperialism and colonialism: the charge sheet against the Greeks in their Classical heyday is not a short one. The same era (5th-4th centuries BC) saw the ancient Greeks at their most creative and original. To name but a few of these achievements: the Parthenon, theatre, realistic art, Greek philosophy, new approaches to health and wellness.... Later times would repeatedly return to these achievements for inspiration, models, and education.

Alexander the Great (died 323 BC) was an arch-imperialist who conquered an empire for the Macedonians stretching from Greece to Pakistan. Settlers from the Greek heartlands in new colonial settlements created important centres of Greek culture in Egypt and Asia. In some of them, Greek-speaking kings sponsored ground-breaking science, as well as creating repositories of existing Greek learning and literature in great new libraries. To the west, the rising  power of Rome found expression not just in the conquest of Greek lands but also in a fascination with, and appropriation of, Greek culture.

The Roman conquest of Alexander's Mediterranean empire transformed the Romans – from choice – into the new protectors of Greek civilisation. Roman rule privileged the Greeks and their cultural achievements. Roman emperors praised the Spartans, made gifts to the Athenians and recruited Greeks to the Senate: one of them commanded a Roman legion in Scotland. In the AD 300s Greeks shaped the theology of the newly official Christianity. As the Roman Empire splintered under pressure from migrations, its Greek-speaking half based on Constantinople helped to preserve some of ancient Greek civilisation into the Middle Ages.

Like the Romans before them, the Arabs who created the new Islamic empires of the early Middle Ages hungered for Greek wisdom. Their translations into Arabic joined with the copyists of medieval Constantinople in preserving ancient Greek writings. Starting in the 15th century learned Europeans craved access to the ancients and to the cultural wellsprings offered by their languages, their writings, their arts. This Renaissance saturated western civilisation with admiration for ancient Greece into the 20th century. Nowadays western admiration of Greek civilisation  is tempered by a growing critique of its less socially progressive aspects. Meanwhile enthusiasts in China are translating Aristotle. A thirst for Greek wisdom endures.

Antony Spawforth is professor emeritus of Ancient History at Newcastle University, UK. He was co-editor of the 3rd and 4th editions (1996; 2012) of The Oxford Classical Dictionary, the standard English-language reference work to classical antiquity. His last book, The Story of Greece and Rome (Yale paperback 2020) has been translated into six languages including Modern Greek, Italian and Chinese. He lives in Brighton. 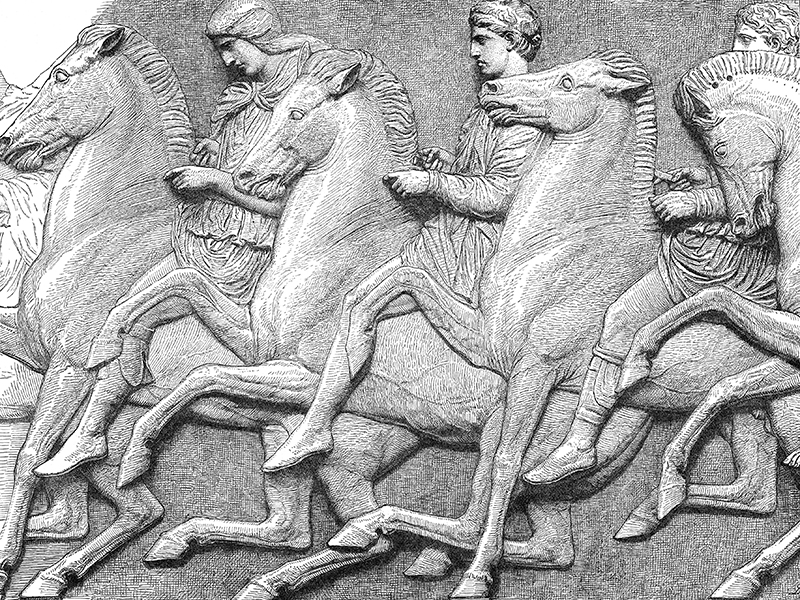