Most music lovers would agree that J.S. Bach’s choral works, from the Magnificat to the B minor Mass, are among the supreme examples of Western sacred art. Bach approached composition as a medieval craftsman did an altarpiece, with a fantastic intricacy of detail and symbolism unrivalled by any of his contemporaries. The upshot was what George Bernard Shaw called ‘exquisitely beautiful Gothic traceries in sound, quite beyond all human talent’. Mathematical complexity went hand in hand with virtuoso challenges both for players and for singers, whom Bach often seems to have treated as surrogate instruments.

In these five talks Richard Wigmore explores the context and theological background of Bach’s most famous sacred masterpieces, and demonstrates their vast range of styles and expression: from Lutheran chorales to quasi-operatic solos, from the profound chromatic inwardness of certain arias in the Passions to the trumpet-festooned D major splendour of the Magnificat and the Gloria of the B minor Mass. This is music that both invokes the divine and celebrates the joy of bodily movement. The spirit of the dance is rarely far away. And time and again Bach’s breathtaking craftsmanship calls to mind Thomas Carlyle’s dictum (apropos Frederick the Great) that genius is, above all, a ‘transcendent capacity of taking trouble’.

Richard Wigmore is a music writer, lecturer and broadcaster with a special interest in the Baroque and Classical periods, and in Lieder. He has sung the bass solos and choruses in professional performances of all the major Bach sacred works.

The talks take place every Tuesday from 20 July to 17 August at 4.30pm GMT+1 (11.30am EDT) and, including Q&A, will last a little over an hour. They are available for viewing for eight weeks after the last episode is streamed (12 October).

Bach was evidently determined to make the biggest possible splash during his first Christmas as Thomaskantor in Leipzig. Performed on Christmas Day 1723, his setting of the Magnificat uses the most lavish forces available to display the full splendour of his art. This talk considers both Bach’s original version, with its additional ‘Christmas’ movements, and the revised version he made for normal liturgical use.

Eighteenth-century Leipzig was a musically conservative city. Undeterred, on Good Friday 1724 Bach presented the city’s faithful with a Passion of unprecedented complexity that combined intense lyrical beauty with a stark, often violent theatricality. With cross-references to the St Matthew Passion, this talk explores the St John’s theology and musical design.

The ‘great Passion’, as the St Matthew was known in the Bach family circle, is longer by far than any previous Passion setting. It calls for uniquely elaborate forces, and draws on virtually every sacred and secular musical form of the day, not least opera seria. This talk focuses on the musical symbolism and monumental structure of a work that is at once a mighty assertion of faith and a summation of Bach’s art in 1727.

The eighteenth century did not share modern notions of artistic ‘originality’. Musical recycling was the norm. Nor was there a clear divide between the sacred and the secular. Several choruses in Handel’s Messiah started life as amorous Italian duets. Similarly, the six cantatas that make up Bach’s Christmas Oratorio draw liberally on celebratory cantatas for the Saxon royal family. This talk looks at how Bach transformed the secular originals, little known today, into their new sacred context.

For Benjamin Britten, Bach’s B minor Mass was, with Schubert’s Winterreise, one of the twin peaks of Western culture. He had a point. Containing what was probably Bach’s last music, the Mass stands as an encyclopaedic conspectus of his art as a composer of sacred music, and a glorious final testament. This talk examines the Mass’s complex origins and structure, and celebrates its inspired stylistic diversity. 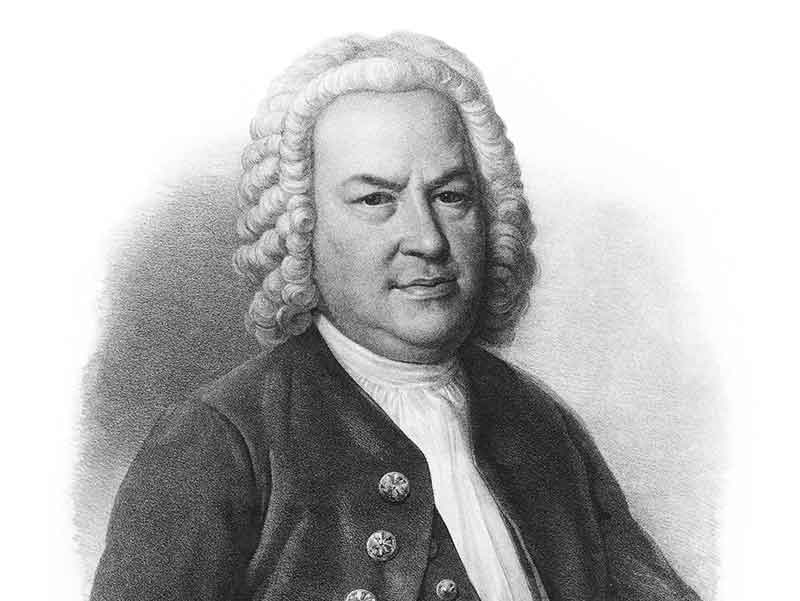