One of the most ambitious works of art ever conceived, Wagner’s Der Ring des Nibelungen unfolds over more than fourteen hours of music. The story it tells of political ambition and the abuse of power, but also of humanity’s countervailing capacity for love in all its sensual and compassionate manifestations, unfolds within a timeless, mythical framework and abounds in soaring lyricism and luxuriant harmonies.

Prefaced by an introductory lecture placing the Ring in the context of Wagner’s life and work, this series takes us through the creation of the tetralogy from its inception in 1848 to its triumphant première at Bayreuth in 1876, and addresses the political and philosophical ideas that underpin the drama.

They take place every Tuesday from 4 May to 1 June at 4.30pm GMT+1 (11.30am EDT) and, including Q&A, will probably last just under an hour. They are available for viewing for eight weeks after the last episode is streamed (27 July).

1. Introduction: the musical and intellectual world of Wagner’s Ring (4th May)

How and why was this epoch-making ‘artwork of the future’ written? The genesis of the work and its many innovations – in scale, subject matter, fusion of text and music, abolition of traditional arias and ensembles, leitmotivic construction – are examined. We also see how Wagner looked back to Greek drama and the medieval German verse form Stabreim for inspiration.

The extraordinary opening of this ‘preliminary evening’ of the cycle – surely the most generous curtain-raiser in the history of the theatre – can be seen as a musical representation of the act of Creation itself, or perhaps of the birth of consciousness. For his ‘artwork of the future’ Wagner devises a new kind of musical declamation and we learn the true dramatic and structural purpose of the leitmotifs.

3. Die Walküre: The guilty god and his favourite daughter (18th May)

Wotan’s anguished moral dilemmas are ours too, while Brünnhilde brings hope. We look at the ideas of Wagner’s favourite philosophers Feuerbach and Schopenhauer to penetrate to the core of the Ring: the end of a world order governed by God or gods, and the transformation into a new humanistic one in which love is prized over power and material possessions.

4. Siegfried: Dragon-slayer and child of nature (25th May)

‘Mythical figure of light’ or ‘overgrown boy scout’? Why is it sometimes difficult to empathise with Wagner’s fearless Siegfried? His role, as sun god and free hero, was to re-establish the long-lost harmony between nature and human conduct. But does his emotional immaturity render him unfit for the task? Was Wagner’s hero always doomed to failure?

5. Götterdämmerung: The fall of the gods (1st June)

The culmination of Wagner’s monumental cycle is a paradox: while a magnificent peroration to the project initiated a quarter of a century earlier, it also contains some of Wagner’s most stylistically regressive music. The ideas of social revolutionaries such as Rousseau and Proudhon can be traced alongside those of Feuerbach, but the question remains whether the ending should be seen as optimistic or pessimistic. 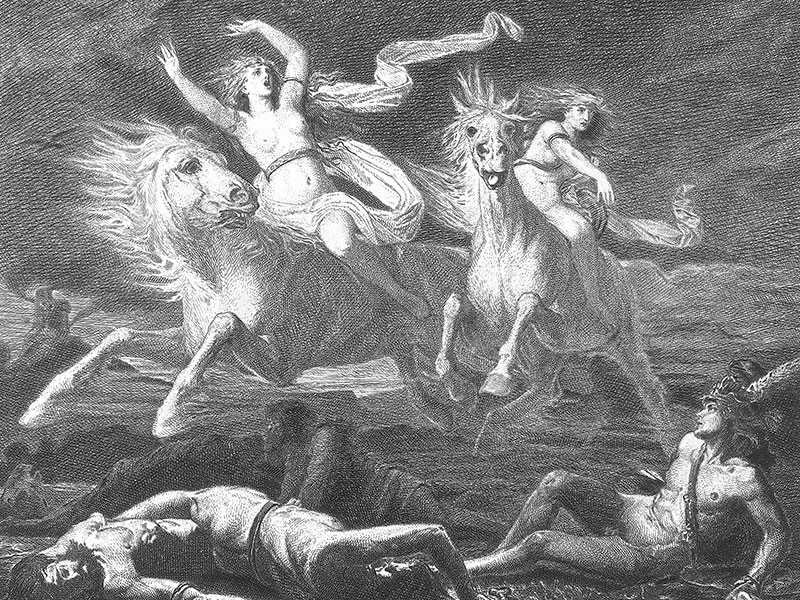