5 great places to visit in Slovenia

Slovenia is a small nation which many seasoned travellers might even struggle to place on a map of Europe. But sandwiched in the North Adriatic between Croatia and Italy, and straddling the borders of Austria to the north and Hungary to the east, is a country of remarkable geographic variety and cultural refinement, which has embraced the influences of its neighbours while preserving a distinct Slovene identity.

Stunning natural landscapes, delightful towns and a vastly underrated gastronomy and wine scene should place Slovenia high on anybody’s list. On Walking in Slovenia, we take in many of the country’s highlights on foot, over the course of an 8-day itinerary. Here is a taster of five great places to visit in Slovenia Slovenia's capital has become a byword for understated European charm, with a beautiful riverside setting complimented by bridges and buildings designed by Jože Plečnik, the country's greatest architect. Equally charming are its Baroque churches and neo-Renaissance government buildings, while the castle, accessible by funicular railway, offers lovely views over the city.

It might be little known beyond the country’s borders, but Slovenian vineyards cover roughly the same area as the Bordeaux region, and much of their produce is of extremely high quality. The Vipava Valley is home to an extraordinary concentration of wine towns, including the attractive sandstone village of Goče, where over sixty cellars line the narrow streets. Despite its size, Slovenia is something of walker’s paradise, boasting a green and undulating landscape, as well as two incredibly pristine lakes within a half-hour drive of each other. Bled is a favourite with tourists which lures many newcomers to the country, and it is undoubtedly easy to understand why. There is a fairytale quality to the bluish-green waters, with a beautiful church on its islet and some of the highest peaks of the Julian Alps and the Karavanke as backdrops. Bohinj has a similar mountainside and forest-covered setting, but with less tourists it is an altogether more peaceful affair than Lake Bled. The influence of Slovenia’s proximity to Italy is often clear to see, but nowhere more so than in the town of Piran, which until just over two hundred years ago was part of the Venetian Empire, at a time when La Serenissima ruled the Mediterranean. The old town, one of the best-preserved historical centres on the Adriatic coast, is encircled by 7th century walls, while other highlights include the town’s hub of Tartini Square, home to many bars and restaurants, and the Renaissance façade of St George’s Church, which looms large over the whole settlement.

Positioned just next to the Italian border, Kobarid is home to an excellent museum examining the First World War Battle of Caporetto in 1917 – immortalised by Ernest Hemingway’s great novel A Call to Arms. Nearby, you can follow the Italian line of defence by foot along the Soča River, and explore the Italian cemetery commissioned by Mussolini in 1938, as well as the army trenches.

We visit these sites and much more on Walking in Slovenia (3–10 September 2018), led by Professor Cathie Carmichael. The itinerary features five country walks with beautiful and diverse scenery: vineyards, lakes, gorges, forests and coastline.

Read more about Walking in Slovenia

View all tours to Slovenia 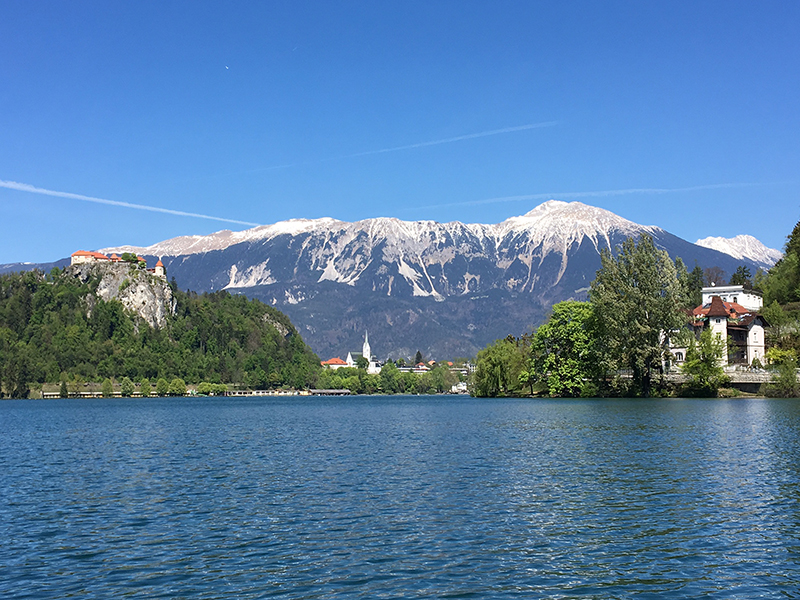